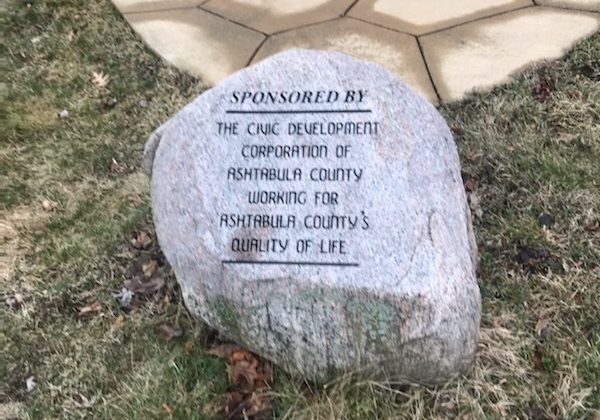 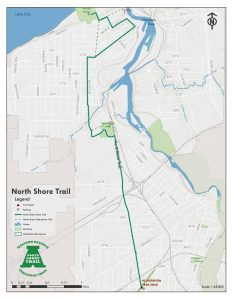 The North Shore Trail is part of the Western Reserve Greenway trail. The trail was finished in 2021.

The Ashtabula County Metroparks has spearheaded the effort to design and acquire funding for the North Shore Trail. The estimated cost of the project is just over $2 million, although several alternatives have been suggested that would likely alter that cost estimate. The Ashtabula County Metroparks is coordinating with the Ohio Department of Natural Resources (ODNR) and the Ohio Department of Transportation (ODOT), which strongly support this project.

The Ashtabula County Civic Development Corporation (CDC) allocated $275,000 as local match for the land acquisition and design of this Trail project. The City of Ashtabula intends to spearhead future efforts efforts on the North Shore Trail with the Metroparks.

The North Shore Trail would provide needed non-vehicular linkages within the City of Ashtabula.  It would connect places of employment, residential neighborhoods, the Harbor Historic District with its retail shops and restaurants, downtown Ashtabula with its many personal and government services, the Ashtabula County Medical Center, marinas, museums, Walnut Beach Park, several other parks, the historic Bascule Lift Bridge, the Ashtabula Port and Lighthouse, and all places in between.  The Trail will truly be a great recreational and transportation asset, as well as an economic development driver for the region.

Future development would include hiking and biking. Several stops and opportunities along the way to visit local merchants, as well as terminus at Walnut Beach, Lake Erie and the historic Ashtabula Harbor.

This trail will connect the Western Reserve Greenway Trail to one of the Great Lakes. Will be a part of the Great Ohio Lake to River Greenway.

Future development would include hiking and  biking. Please click on the attached link for Public Meeting Notice and QR code.